Agony of transformation from Donor funding to Social Enterprising

SITU (Sarvodaya IT Unit) is the pioneering telecentre program of Sarvodaya, Sri Lanka. Though it had multiple sustainability elements inbuilt from early stages, the organizational priorities (of Sarvodaya) were on social-welfare delivery than revenue generation. Thus, SITU lacked the conducive organizational environment to materialize a cohesive economic program. As a result, the program was struggling to maintain its own telecentre network by early 2006. Since then, the management had taken a serious challenge to convert the unit into a self-sustainable (non-profit) operation.

What were their strategic steps?
• Institutionally, SITU has been re-organized under new program (Fusion) and given its freedom to concentrate on Social Enterprising.
• Management of SITU accepted the challenge, had re-defined their strategic mission, and set up a very systematic revenue generation plan.
• After assessing the overall operation, they have hand picked 10 telecentres (out of 34) as economically feasible ones, and initiated participatory discussions with their telecentre operators on revenue targets.
• Among diverse services they have offered, ICT Courses and IT Services had been selected as main services & products.
• Developed a detail business plan with monthly targets.
At the end, they set up an ambitious revenue target of 10.5mil Rs (10,500$US) by the end of March, 2008.

Why only 40%?
Though in conventional terms this could be an acceptable progress as an entrepreneurial start up, Program Managers continues to refine their strategy and approach.
Following were the list they identified as the problem list contributed to lesser progress;
• Overall targets were not realistic (though they used their decade long telecentre experiences to set the financial targets, they did not have experience of running the program as an enterprise. Thus did not have past records to figure out their forecasts).
• Could not assess the staff capacity and operational obstacles during planning stage
* Optimal number of staff required at telecentres to carry out set targets
* Entrepreneurial skills of the staff
* Running conditions of the ICT equipment
• Capital shortages (Absence of sufficient cash flow)
* To carry out appropriate equipment replacements
* To carry out promotional campaigns
• Internal coordination problems
* The administration system was designed (over the years) for welfare delivery. Thus priorities of different departments were not aligned with the time-driven demands of business operation.
Posted by Harsha Liyanage at 17:53 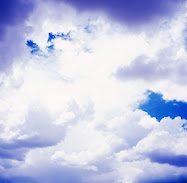